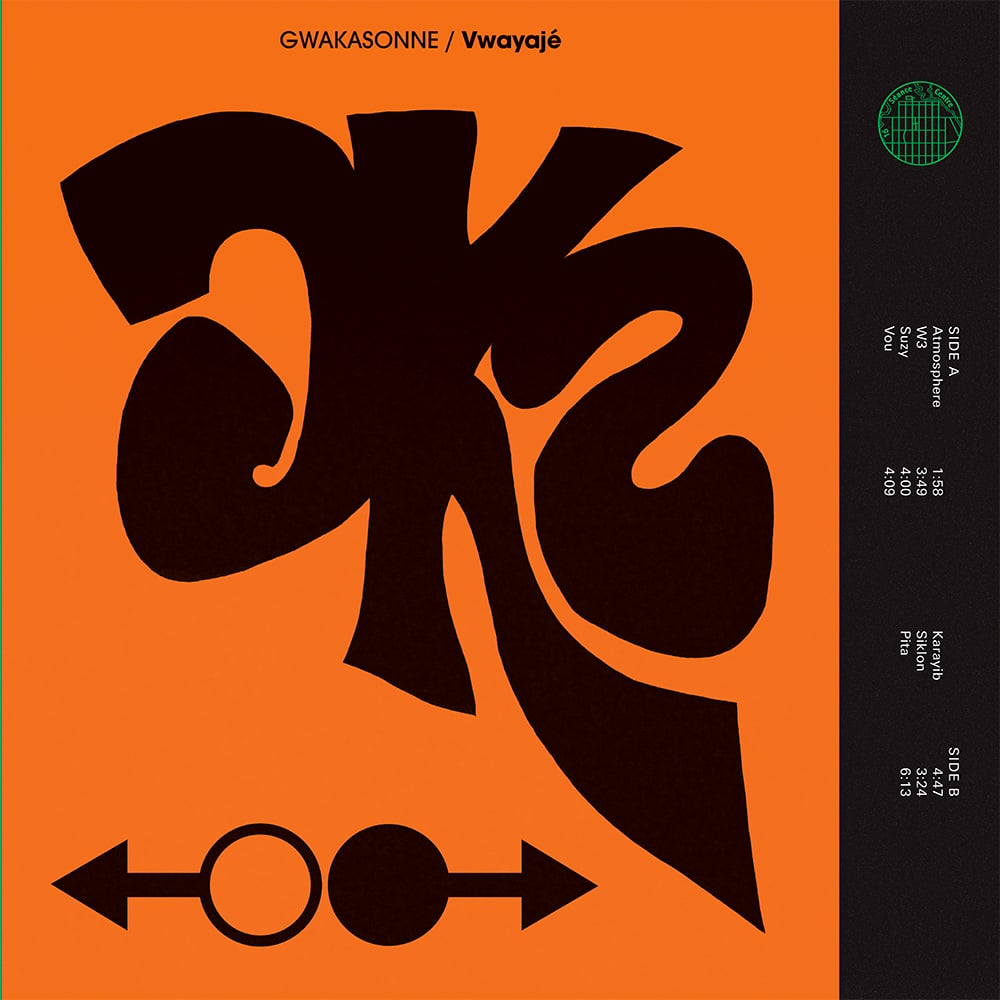 “Stop here!” exclaimed Robert Oumaou as we passed a mango tree on the side of the road just outside of Point-a-Pitre, the balmy capital of Guadeloupe. He filled a plastic bag with ripe fruit, and we set off on our journey across the small Caribbean island in search of musicians he hadn’t seen in years. On the way, we shared stories in broken French and English, stopping at truck stops to eat delicious fried fish. Robert took me to his hometown, and placed a mango and a flower on the grave of his teacher and mentor, a local poet. The seeds of Vwayajé (Traveller) were sewn on this trip, but shortly after returning home, I heard that Robert was ill, and he sadly passed away in 2018. This compilation was originally intended as a way to share Robert’s brazen work with a wider global audience, but it now also serves to immortalize his indomitable spirit.

Gwakasonné is the ecstatic articulation of Robert Oumaou’s artistic and political vision, a unified expression of his interests in American jazz, pre-colonial rhythms, Guadeloupian independence, and Créole poetics. Over the course of three albums, all released in the 80s, Robert piloted a revolving cast of musicians, a venerable who’s-who of Point-a-Pitre avant-jazz pioneers, to deftly intone his creative communal concepts. The songs on Vwayajé are compiled from these three releases, Gwakasonné, Temwen, and Moun, along with an electronic mantra taken from his 2007 solo album Sang Comment Taire. Viewed from our current artistic and cultural landscape, Robert’s work is exceptionally enduring, grounded in its declarations of freedom and foundational use of the Ka (drum) and voice, and prescient in its borderless explorations of protest folk, electronics, ambient atmosphere, music from the African diaspora, and spiritual jazz. The long-form hive-mind expression of the group has parallels with similar explorations by The Grateful Dead, electric Miles, Pharaoh Sanders, and even the Boredoms, but these are only oblique references for a truly peerless sound. Like other conceptual children of Gérard Lockel, the group was part of a progressive movement of like-minded musicians, such as Serge Fabriano, Dao, Erick Cosaque, and Gaoulé Mizik, who embraced Lockel’s modernist ideals, fusing Gwo Ka drumming and tuning systems with contemporary jazz and vanguard recording technologies. Robert’s ecstatic phrasings, embrace of electronic instruments, and daring lyrics set the group apart as the beatific expression of a sagacious soul.