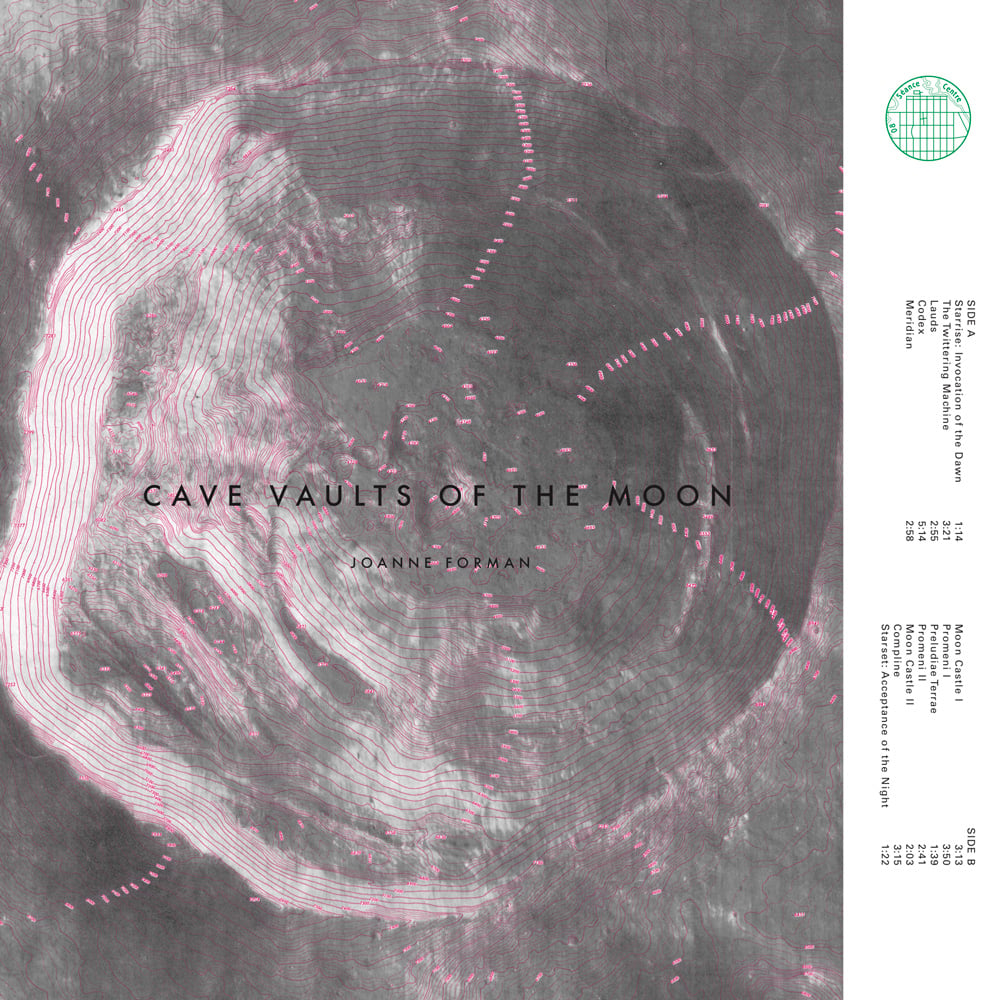 We humans, the nascent beings that we are, still haven’t quite figured out the full potential of music. Dancing, meditating, emoting, protesting; these are all pretty basic. But what if we communicated more complex ideas with music? What if we codified all of our activities with music? This idea came to composer Joanne Forman when she was commissioned to create the soundscape for an environmental exhibition of sculpture called Artifacts from an Alien Civilization in 1987. The sculptures, elaborate ruins that had been found on the moon, begged the question: who created them and for what purpose?

Joanne Forman imagined that Earth’s moon was a vacation spot for advanced beings from another galaxy. Cave Vaults of the Moon became a collection of sonic texts describing the fun things that went on there; earth-viewing, collecting information, building and playing. In her mind the sculptures in the exhibit were the remnants of a deserted playground of moon castles.

Forman’s playful score for voice, Ensoniq Mirage, Juno 106, flute, guitar and effects, wafted through the exhibit every day for a month and then lay dormant for nearly 30 years. Unearthed here, Cave Vaults of the Moon sounds prescient and timeless, as if the Wicker Man had been scored by Iasos and Pep Llopis, and we now have the opportunity to reimagine the messages contained within it. Restored and remastered and cut using DMM.