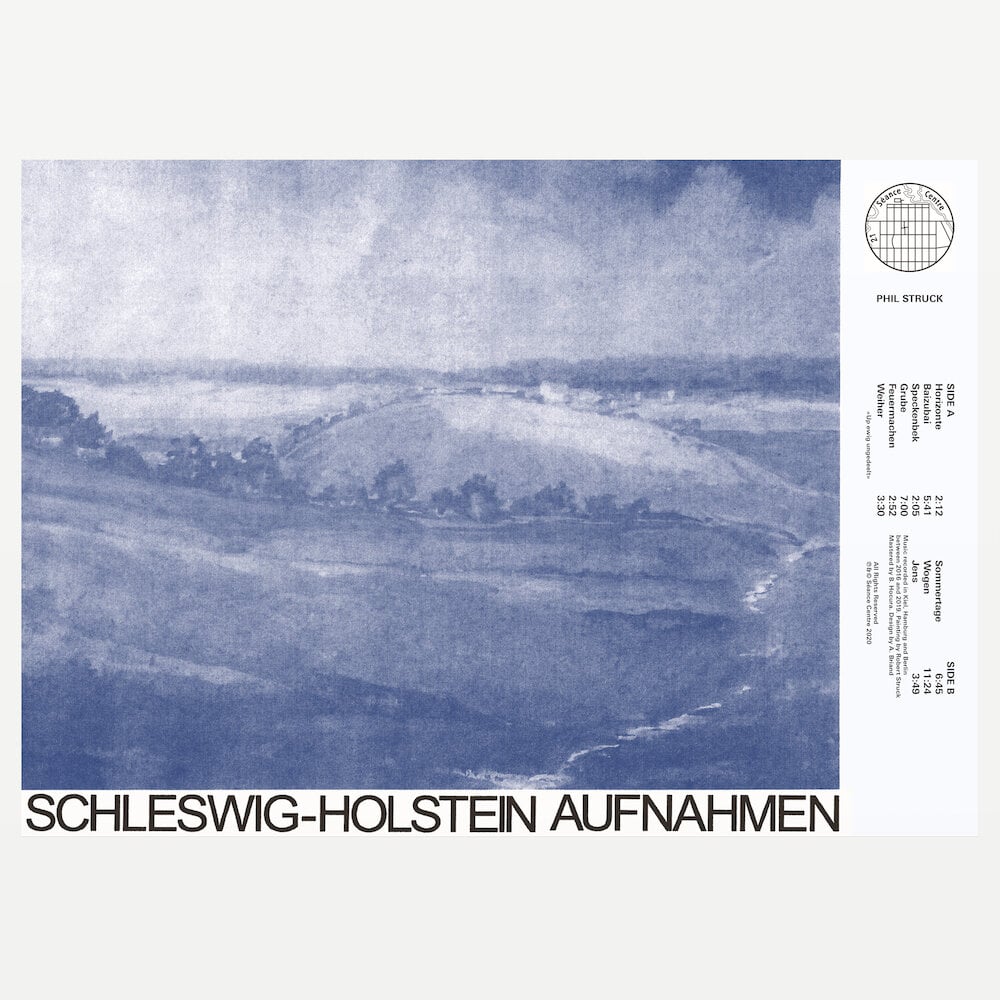 Schleswig-Holstein is a thin land bridge between the mighty hull of the North German lowlands and the long pointed head of the Jutland peninsula, with the gentle Baltic Sea on one side, and the rough North Sea on the other. Numerous lakes, deciduous forests and wide corridors have shaped this region since its formation during the last ice age. The varied landscape, covered with fertile clay and littered with countless large and small granite blocks, is the legacy of the glaciers.

Fascinated by the cultural and geographical history of his homeland, Phil Struck recorded sonic impressions after hikes, wanderings, daydreams, historical readings and childhood memories. Schleswig-Holstein Aufnahmen is the distillation of these diaristic recordings, made between 2016 and 2019, using a sampler, synthesizer, and worn flea market records. Much like the cyclical musings of W.G. Sebald, or Cluster’s pastoral electronic miniatures, these works are intrinsically tied to the landscape of which they were born. The wobble and crackle of the samples is evocative of the craggy scenery of the lowlands, and also describes the patinated atmosphere of memory, found in the work of Vladislav Delay, Pole, Caretaker, Philip Jeck, Ken Jacobs, and Bill Morrison. The painting adorning the album cover was done by Struck’s great grandfather who was also seduced by this meandering windswept land.