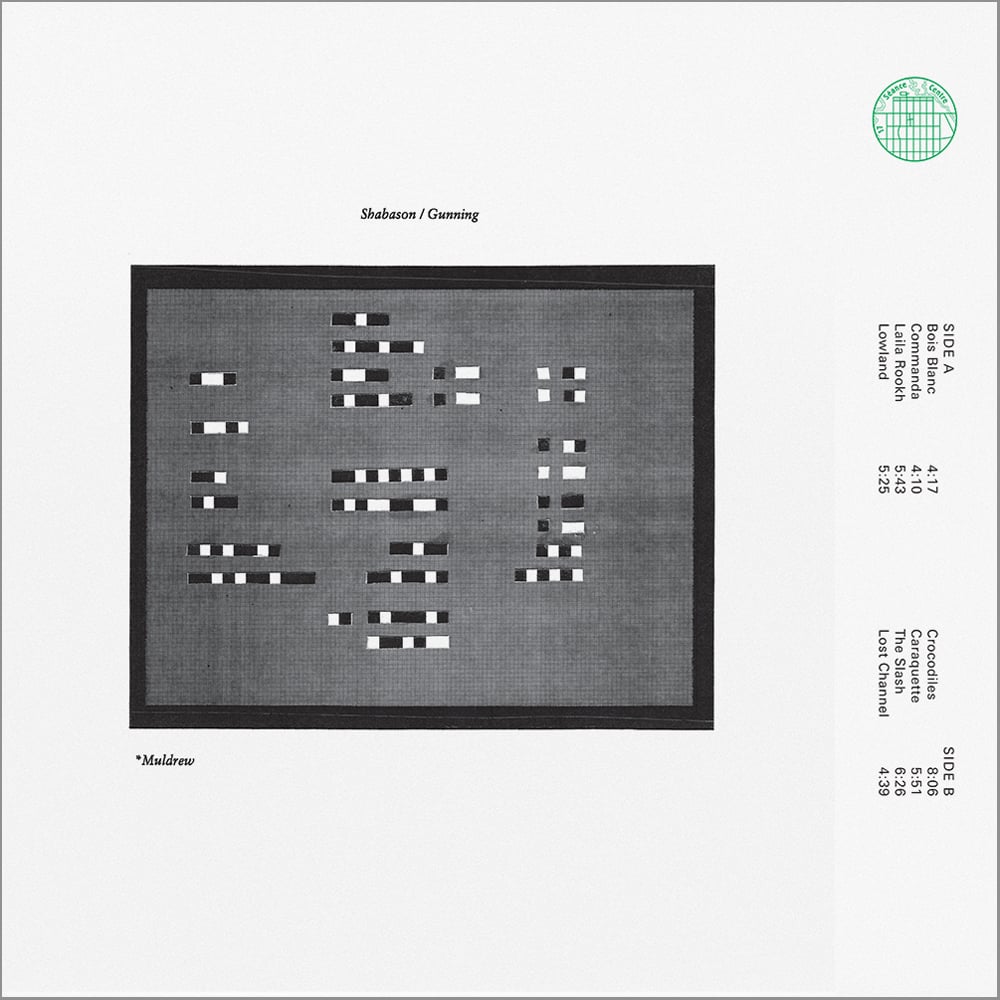 Like many Canadians, Joseph Shabason and Ben Gunning like to untangle themselves from urbanity and disappear up north a few times a year. Unlike other cottage-goers, Ben and Joseph don’t while away the ur-time on jet-skis and lounge on docks reading pulpy mysteries. Instead, they bring a car full of synths, drum machines, saxophones, guitars, samplers, effects, and recording equipment to jam the days away in a cabin-fever inducing haze of wood smoke, cedar musk, hot wires and jazz sweat.

Muldrew, recorded on the northern Ontario lake by that name, is the culmination of several years of this collaborative tradition. Resisting their penchant for composition and arrangement, the duo embarked on this project with only an open framework that encouraged restraint. The result is a sparse and improvisational album, hung on enough structure for each song to evoke a distinct, albeit ambiguous mood. Space is paramount and even the most digital elements breathe with the resonance of the room and mingle with creaking floors. The resulting album is steeped in the placid stillness and northern ambience of a lake at dawn, and the emotive expanse of a forest at dusk. Imagine an ECM cottage-series, or Jon Hassell, Hiroshi Yoshimura, and John Martyn scoring a Bela Tarr film set in rural Canada. This is the future-proof music of metropolitan polyglot minds invigorated by nature’s mute refusal to follow a click-track.