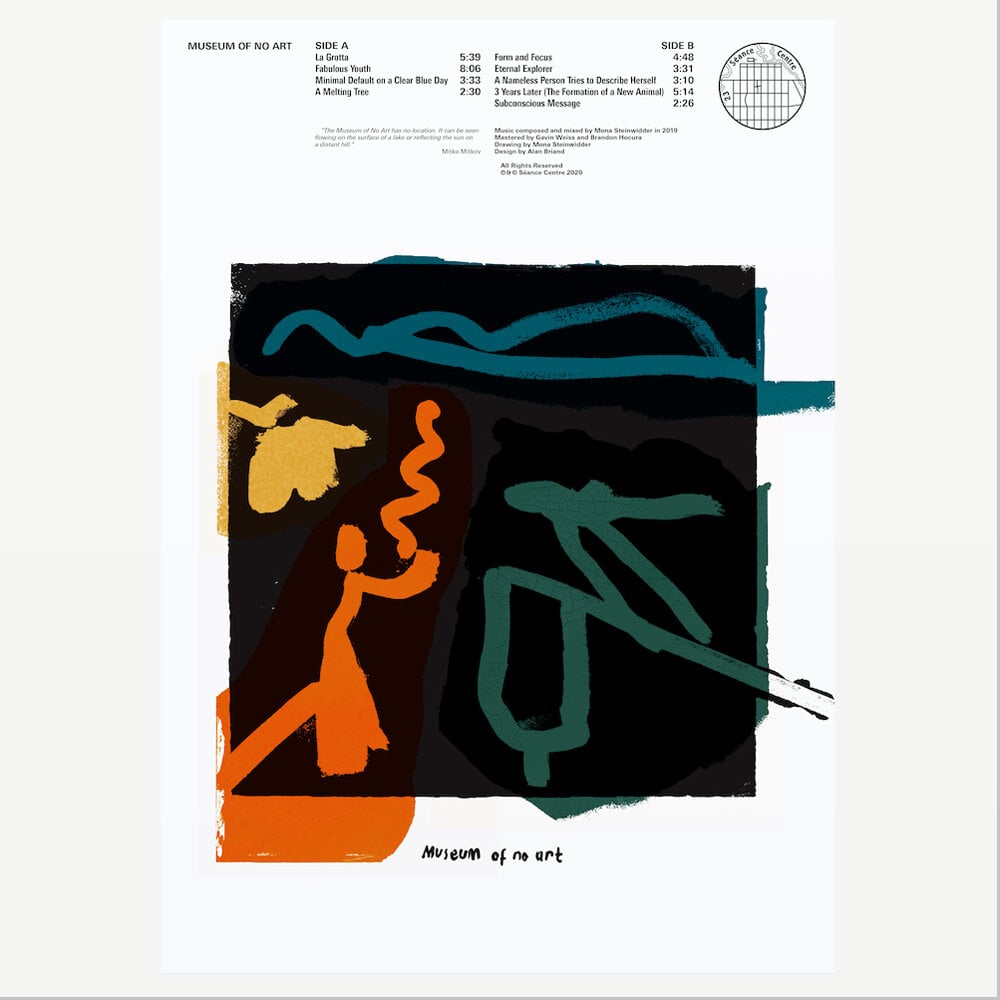 What is in the Museum Of No Art? Not paintings, but visions. Not sculptures, but empty spaces full of potential. It is within this inverted gallery that Mona Steinwidder traces fabulous forms with voice, sampler, synthesizer, clarinet and effects. Under the moniker Museum Of No Art, she has created an album that floats in a hazy lacuna between realities, rooted in propulsive and deep bass resonance, but also footloose, playfully deconstructing language and mixing in layers of echoing synthetic and organic tones. The fascinating result of these unfettered experiments resonate as an imaginary cadavre-exquis played by DJ Screw, Arthur Russell, Hiroshi Yoshimura, MJ Lallo, Poppy Nogood, and Laurie Anderson.

With a background in fine art and music, over the years Steinwidder has created and released music under the pseudonym Mohna, as part of the experimental pop band Me Succeeds, and collaborates with composer Alexander Schubert and electronic dance music producer Christian Löffler. Recently, shifting her focus more on improvisation and experimental music, she moved to Vienna for six months to concentrate on experimenting with synthesizers, samplers and voice. Her intention was to build a “playground” that would leave space for improvisation and allow for a meditative and intuitive process. This solo exploration allowed her to return home with a new way to play.

“I like this idea of an open and light structure that can grow and transform and leaves space in all directions. Something without a clear beginning and ending. A rough, short note. Today I’m in the mood to sing, but tomorrow I might be in the mood to just float on an ocean of synths or to play a solo on my clarinet. I am a never-ending process and I am many. The Museum Of No Art album is a collection of days and moods, images and circumstances I experienced and immediately recorded in the last year.”